CLICK HERE TO REVIEW THE CORONAVIRUS (COVID-19) GUIDELINES FOR AMERICA 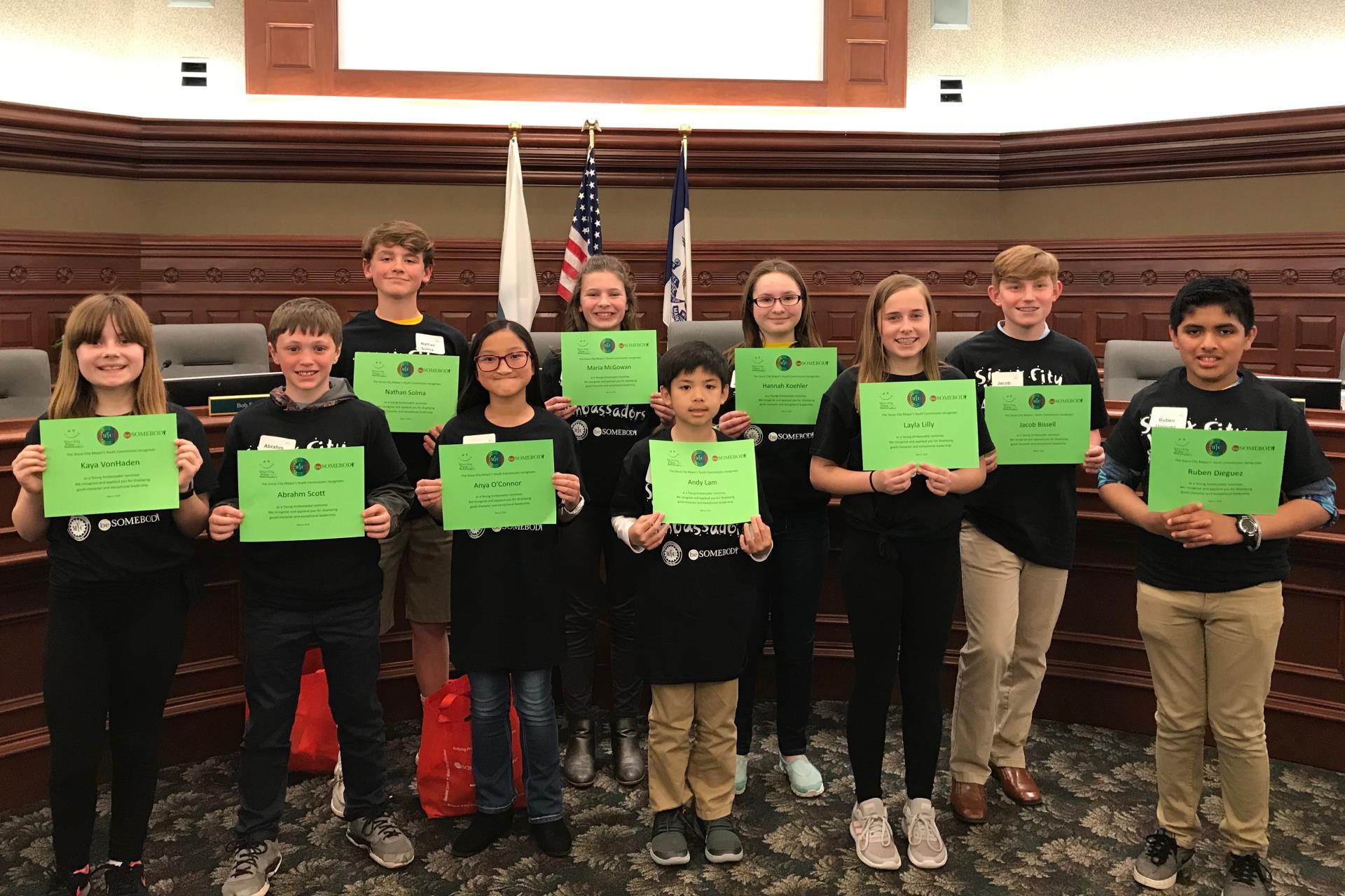 The Sioux City Mayor's Youth Commission coordinates the Young Ambassadors program in cooperation with Siouxland CARES.  Do you know of a young person in grades 4-7 that has good character and should be recognized?  Nominate them! Applications are available now!

What is the Young Ambassadors Program?

The Sioux City Young Ambassadors Program recognizes young people who display good character. All nominated students receive a free Young Ambassadors t-shirt, gifts from area businesses, and public recognition in May.
From the nominations, 20 students will be selected to be mentored by members of the Sioux City Mayor's Youth Commission and given additional recognition.

Complete the application and recommendation describing how the child demonstrates one of the six pillars of character (respect, responsibility, trustworthiness, fairness, caring, citizenship).

The nomination deadline is March 23, 2020.
Please direct questions to siouxcitymyc@gmail.com or siouxlandcaresdirector@gmail.com.