To make arrangements for interment, please call the Cemetery Supervisor at 712.279.6269. Payment for interments must be made prior to the service or at the time of interment.

Cemeteries are open to the public 8 a.m. to dusk. During daylight savings hours, the gates are locked at approximately 8 p.m.

Graceland Park Cemetery - 2701 S. Lakeport Street
Founded in 1909 by Andrew M. Jackson, it was designed by Landscape Architect Charles M. Finley of Finley and Rath. In 1912, a chapel was built on the grounds. In 1917, a massive marble mausoleum was constructed. Mr. Jackson was a great salesman who traveled to towns around Siouxland to sell lots. As a result, Graceland was a prosperous cemetery with 300-400 burials per year on average. Mr. Jackson died in 1943, and ten years later the City acquired Graceland. In 2006, a Cremation Garden with a Columbarium and ground niches was added in Graceland Park Cemetery, expanding the option for burial services. Among the landmarks at Graceland are the prominent Toy banking family's James F. Toy Mausoleum, the memorial statue of a Spanish American War Soldier in honor of those who died in that conflict, and the grave of Sioux City's own William "Bill" Harding who served as Governor of Iowa from 1916-1921. 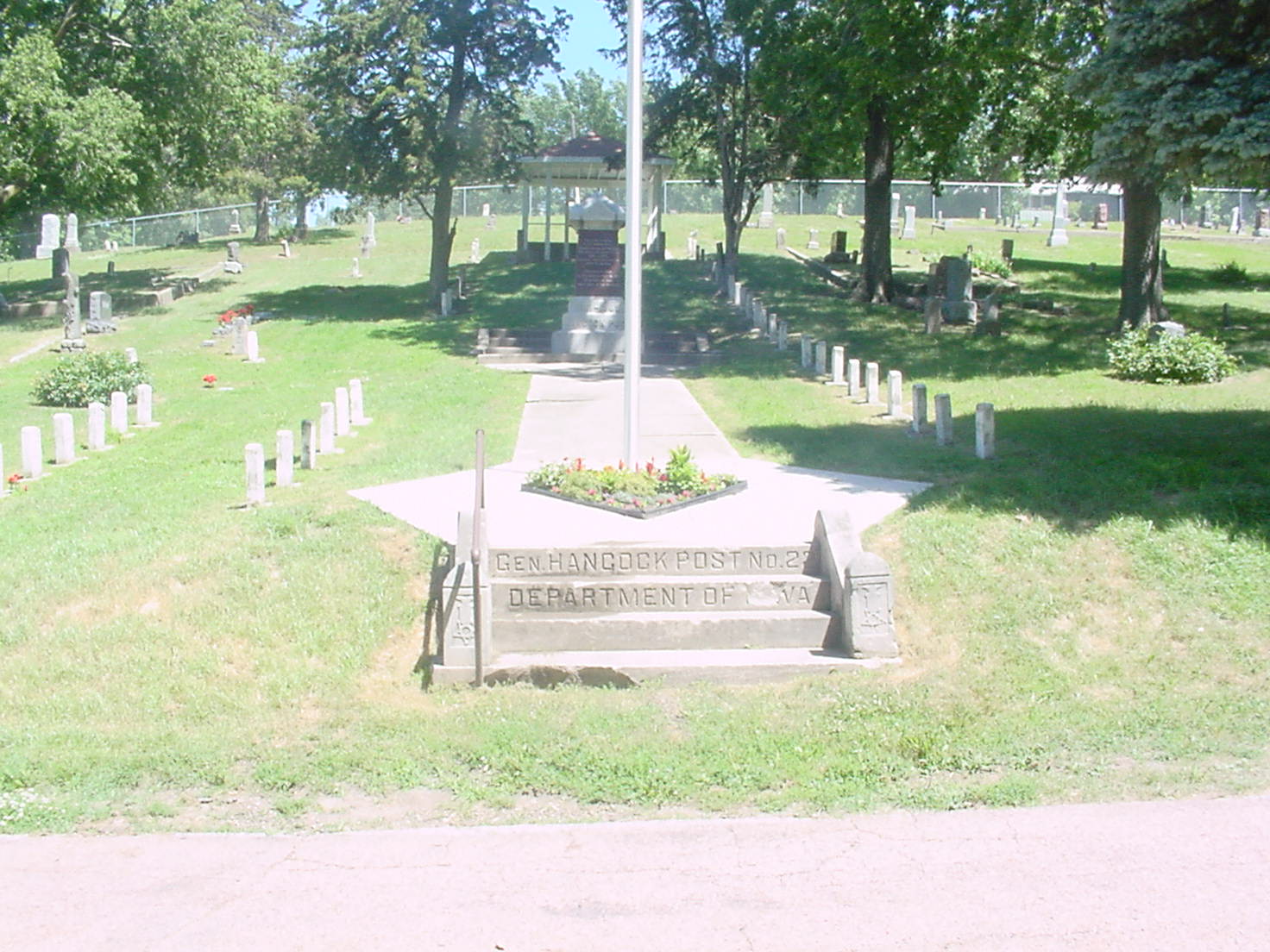 Floyd Cemetery - 2500  7th Street
In 1866, a field on the bluff overlooking the Floyd River was purchased by the City from Israel G. Link and Joseph Plummer. In February of 1868, the first lots were sold in the new Floyd Cemetery. Prominent citizens lined up to purchase the first lots, including Theophile Bruguier, son-in-law of Sioux Chieftain War Eagle, and John Peirce, the real estate developer who once owned the mansion that formerly housed the Sioux City Museum. Floyd Cemetery has one of the largest Civil War memorials, honoring 72 soldiers of General Hancock Post No. 22. The memorial features a bandstand and a large Wisconsin red granite monument dedicated to the soldiers of the Grand Army of the Republic (Civil War Veterans). Over 275 Civil War soldiers are at rest in Floyd Cemetery. 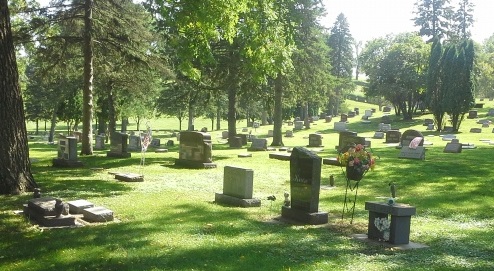 Logan Park Cemetery - 3901 Stone Park Boulevard
Logan Park Cemetery was founded in 1892 by F.C. Hills and Associates. They employed the prestigious firm of Landscape Architects to come to Sioux City to help with the selection of the burial park site that was far removed from the noise of the City. The first burial in Logan was Andrew G. Anderson, hero of the flood of 1892. There is a large Swedish granite monument on his grave telling his story. Landmarks at Logan include the Badgerow Mausoleum, a white marble mausoleum in the style of an ancient Greek temple; the City vault where bodies were stored over the winter years ago; and the 1961 public mausoleum where prominent people such as Currier Holman are buried. The City acquired Logan Cemetery in 1924. In 1999, the City of Sioux City donated 200 spaces in Section 7 to the Woodbury County Commission of Veteran Affairs.